How much do sensorimotor foot orthoses cost? 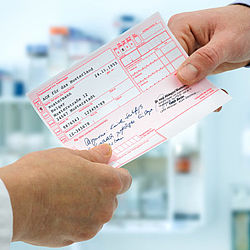 Conventional foot orthoses are covered by your health insurance. Sensorimotor foot orthoses may be covered, but not necessarily. If your physician prescribes "specially tailored, custom-made orthotics" to correct foot unsteadiness, also referred to as lack of foot stance control, as well as for “other symptoms and signs involving the nervous and musculoskeletal systems”, then it is clear to health insurers that these must be custom-fabricated by an orthopedic shoe technician, i.e. a pedorthist. However, given that health insurers are not legally obliged to provide coverage, the amount of reimbursement for proprioceptive/sensorimotor foot orthoses varies quite considerably from insurer to insurer. In other words, coverage is determined on a case-by-case basis by the case officer at your health insurance provider. Officially, there is no invoicing code for PROPRIO® foot orthoses in the Medical Aids Directory of the German statutory health insurers. Some health insurance companies will therefore base their refusal to provide coverage on a lack of scientific evidence. However, the studies not demonstrating any evidence of efficacy that they cite all relate to other foot orthotic systems that differ considerably from PROPRIO® in terms of their design and pedorthic fabrication. There is, indeed, a study on PROPRIO® foot orthoses clearly demonstrating that stimulation of the rear foot area enhances muscle activity. It should also be noted that the conventional foot orthoses favored by health insurers for decades lack anyproof of efficacy. Despite this fact, 89% of orthotics wearers say they feel better when wearing these assistivedevices. Likewise, for approximately the last 15 years, tens of thousands of patients using PROPRIO® foot orthoses have demonstrated improved gait patterns and reduced, or sometimes even completely eliminated, pain. Experience shows that, in the event that reimbursement is rejected, you as a patient should initiate a dialog process with your health insurer. Sometimes your individual case will receive an approval following a Letter of Objection written by you accompanied by a personal conversation. If the matter cannot be settled in this way, your health insurer will often offer to offset the actually incurred costs of sensorimotor foot orthoses by the value of a prescription for "conventional" foot orthosis.

FROM FOOT TO FOOT ORTHOSIS

Has your health insurance refused to cover the cost of sensorimotor foot orthoses?

You, as a patient, may make use of your right to objection. To do this, you can fill out the Objection Letter
provided here and send it to your health insurer. A detailed description of your rights can also be found in
downloadable Information Leaflet from the Hartmann firm.